Have a day out exploring all of the great attractions in London dedicated to military activity and often victory!

Our monarch Queen Elizabeth II is head of the armed forces and 2FOR1 The Household Cavalry Museum is a unique experience of Royal London. Go 'behind-the-scenes' and watch troopers attending to their horses (via a glazed screen) and marvel at the dazzling display of uniforms, weapons and pictures.

2FOR1 Guards Museum also houses the story of the five regiments of guards who guard the Sovereign and her palaces: can you name them all?

Keep on the military march onwards, toward the epic battles of the Napoleonic Wars. Visit 2FOR1 Wellington Arch, a triumphal arch built to commemorate Britain's victories in the Napoleonic Wars. The Arch offers panoramas over London's Royal Parks and the Houses of Parliament and unique views of the Changing of the Guard at Horse Guards Parade.

Nearby is 2FOR1 Apsley House, former home of the 'Iron Duke' of Wellington. It is popularly known as 'No.1 London' in relation to its position by the Wellington Arch, which was initially viewed as marking the 'beginning' of London. It boasts one of the finest art collections in London and a massive nude statue of Napoleon..!

From the nineteenth century to the Second World War at 2FOR1 Churchill War Rooms, the original Cabinet wartime bunker which sheltered Churchill and his staff during the Blitz. Explore the underground headquarters to experience the secret history that lives on underground.

From the land to the sky: 2FOR1 Royal Air Force Museum (entry is free, the 2FOR1 applies to simulator rides). The Museum houses over 100 aircraft, a 3D cinema and simulator rides, also the light show 'Our Finest Hour'. 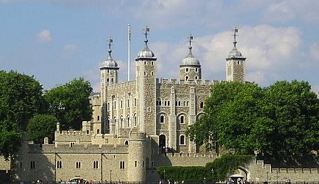 The most visited historic attraction in London 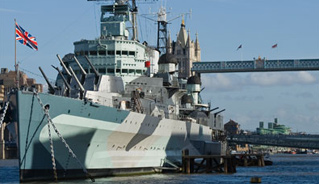 HMS Belfast
Back to Top