This year with 2FOR1

Celebrate the legacy of Shakespeare

Dramatic savings with 2FOR1

Following in the footsteps of the Bard of Avon - William Shakespeare - the world’s greatest and most influential playwright. Celebrations of his life and work are taking place worldwide so why not take part too? Our 2FOR1 offers on Shakespeare attractions offer some dramatic savings. So the question is, what to see or not to see?

Shakespeare was born in this house in Henley Street, Stratford-upon-Avon in April 1564 (the exact date is unknown) and lived here until he was a married man. He was one of eight siblings raised by John Shakespeare and Mary Arden. Costumed guides will show you around the house and reveal the family's colourful history while his plays are brought to life by Shakespeare Aloud! - a troupe of actors who even take requests. A 9-metre timeline of his plays are displayed in a giant wall book while an exhibition of objects, books and documents from his early life reveal what inspired and influenced him. If you’re an Elvis fan you go to Graceland.

If you love Shakespeare, you need to come here!

Anne Hathaway began courting the young Shakespeare when she was 26 and he was just 18. The beginnings of their courtship took place while she lived with her family at this beautiful thatched Tudor home in nine acres of picturesque grounds, orchards and woodlands. The house contains original family furniture, and guides will tell you the Hathaway/Shakespeare story. But you can guess some of what happened as just six months after they married they had Susanna, the first of their three children.

Discover the magic of theatre making in a treasure trove of costumes and props from our stages. Try on costumes in our digital dressing room, perform on our virtual stage and get competitive with our Quick Change Challenge.

Discover where William Shakespeare was educated and inspired to become the world’s greatest playwright.

If you can’t get to Stratford-upon-Avon, fear not. There’s plenty of opportunity to celebrate the Bard in London. The Globe theatre is a replica of the 1599 Globe in which Shakespeare had a share. It thrived for 14 years presenting many of his best plays but accidentally burned down in 1613 during a performance of Henry VIII. It was rebuilt but closed in 1642 and eventually demolished. In the 1990s a replica of the Globe was built on the South Bank, a few yards from the original site. The Globe houses a permanent exhibition exploring Shakespeare’s life and work and his time at the Globe. There is a full programme of events for “Shakespeare 400” so check its website.

Visit the site of William Shakespeare’s grand family home where the playwright is believed to have written some of his most famous works.

The Royal Shakespeare Theatre is one of three Royal Shakespeare Company theatres in Stratford-Upon-Avon. The theatre’s tower affords panoramic views over Stratford and there is an exhibition in its walls and alcoves as you make your way down the stairs. 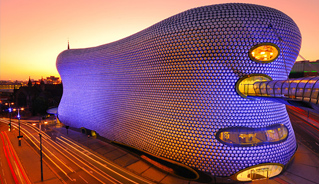 Days Out in the West Midlands

The West Midlands County covers a large area around Birmingham and includes towns such as Birmingham, Coventry, Walsall, Wolverhampton, West Bromwich and Dudley. 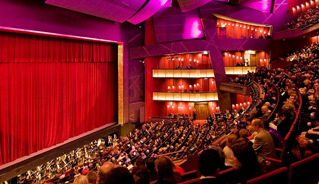 Theatre Offers
Back to Top