The British Museum was founded in 1753, the first national public museum in the world. From the beginning it granted free admission to all 'studious and curious persons'. View the Rosetta Stone, and other treasures of ancient Egypt.

The British Library is the national library of the United Kingdom, receiving a copy of every publication produced in the UK and Ireland. The collection includes more than 150 million items, in over 400 languages.

The Horniman Museum is a South London museum, first established by Frederick Horniman, when he opened his house and collection to visitors in Victorian times. It remains free-entry (nearest station Forest Hill) and collections include the renowned Anthropology collection, the Natural History Collection, and The Aquarium Collection showcasing fifteen exhibits from the British coastline to the Fijian coral reefs. Wander in the surrounding Horniman Gardens; the grounds include a collection of trees, some planted before the Museum came into existence, others rescued from nearby Victorian gardens when the houses were being demolished in the twentieth century.

The crowning glory of the Trafalgar Square piazza, the National Gallery is a vast space filled to the rafters with Western European paintings. Expect to find works by masters such as Van Gogh, da Vinci, Cézanne, Constable, Caravaggio, Canaletto, Titian and Stubbs.

The National Portrait Gallery started life in 1856. It is home to a vast collection of portraits of British men and women. Subjects include great writers such as William Shakespeare and Rudyard Kipling, as well as Kings and Queens and icons of our time. It also has a photographic collection, and boasts one of the best roof-top restaurants in London.

The Natural History Museum is the UK's national museum of nature and a centre of scientific excellence. In addition, the free Treasures permanent exhibition opened in 2012. Treasures hosts 22 exhibits, each with its own remarkable story, chosen for its scientific, historical, aesthetic and cultural importance.

The Royal Academy of Arts

The Royal Academy of Arts is home to an ever-changing programme of exciting, blockbuster exhibitions.

The Serpentine Gallery hosts displays of modern and contemporary art. It's a perfect stop on a stroll through Kensington Park Gardens.

From romantic Pre-Raphaelite paintings to landscapes by Turner and Francis Bacon's distorted nudes - you'll find much to gaze in awe at within Tate Britain. If you eat at the gallery's renowned restaurant, make sure you study the world-famous mural by Rex Whistler between mouthfuls!

Tate Modern, London's great cathedral to international modern art and formerly a power station. The Turbine Hall has hosted some of London's most talked about interactive exhibitions in recent years, in some you become a part of the art itself by participating, the ultimate in performance art. Discover temporary exhibitions by world-famous artists including Frida Kahlo, Mark Rothko and Kandinsky. Thanks to its riverside setting, the gallery's restaurants offer fabulous views across the Thames.

The Wallace Collection is a national museum located in the sumptuous Hertford House on Manchester Square, near Bond Street and Oxford Circus. Famous pieces include works by Rembrandt and Titian, and 'The Laughing Cavalier' by Hals. Don't forget the stunning medieval and Renaissance objects on display, including the finest array in Britain of princely arms and armour, collected from Europe and Asia.

Wellcome Collection is a free visitor destination for the incurably curious located near Euston Station. Founded by Sir Henry Wellcome, a Pharmacist, entrepreneur, philanthropist and collector and one of the first to introduce medicine in tablet form under the 1884 trademark 'Tabloid'; previously medicines had been sold as powders or liquids. Wellcome Collection hosts frequently updated exhibitions, designed to explore the connections between medicine, life and art from the past to present day.

A visit will include a walk around contemporary and historic exhibitions and collections, lively public events, there is also the world-renowned Wellcome Library, a café, and a bookshop and giftshop featuring lots of curios and medicine-related gifts, games and toys. 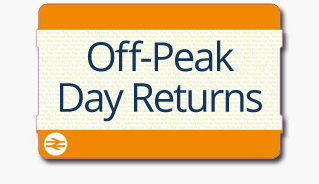