5 fun things to do in London

5 Fun Things to do in London

Life can be so serious so let’s lift the mood and show you some fun things to do in London. Here are some ideas to get you started.

Grab a selfie with a celeb

Want a cuddle with Kim Kardashian? A bear hug with Benedict Cumberbatch? Come to Madame Tussaud’s to get up close to hundreds of celebrities - well, their wax counterparts anyway. Walk the catwalk and sit on the fashion front row with Carla Delevingne, duel with Darth Vader in the Star Wars exhibit or walk alongside Wills and Kate.

Float above traffic on Tower Bridge

Test your nerve by walking across the glass floor across Tower Bridge. From the glass high-level walkway you’ll see London buses, taxis and traffic whizz along 42 metres below you while boats sail underneath them. If you’re lucky the bridge may even be raised beneath your feet.

Fly to the moon with an Apollo expedition

Experience the sights, sounds and movements of an Apollo lunar landing at this 3D film at the Science Museum. The experience, at the Discovery Motion Theatre, starts with a documentary-style film, followed by the 3D Legend of Apollo film with special effects including water, wind, flashing lights and moving seats.

Sir Christopher Wren’s Monument celebrates London rising from the ashes after the Great Fire of 1666. Climbing up 311 spiral steps may not sound like fun, but get to the top and you’ll be rewarded with exhilarating 360 degree views of the capital.

Climb aboard this open-top bus and your London By Night guide will talk you through the floodlit sights of the Tower of London, Tower Bridge, St. Paul's Cathedral, Big Ben, the Houses of Parliament, The London Eye, Piccadilly and many more. Illuminating stuff.

Click here to find out about other fun things you can do in London. 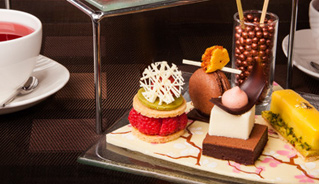 Confessions of a Chocoholic Afternoon Tea

Enjoy a stylish and relaxed afternoon tea at the London Hilton on Park Lane. 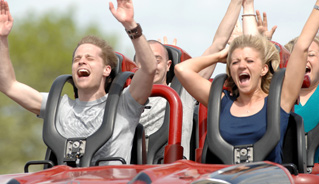 Enjoy world-class rides such as the UK's first winged rollercoaster THE SWARM, Stealth, one of Europe's fastest and tallest roller coasters, and the 100ft 'beyond vertical' drop of the movie themed coaster SAW-The Ride. 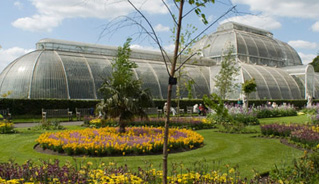 2FOR1 Kew Gardens
Back to Top